Brexit : what’s next for the GDPR and industrial property rights ? 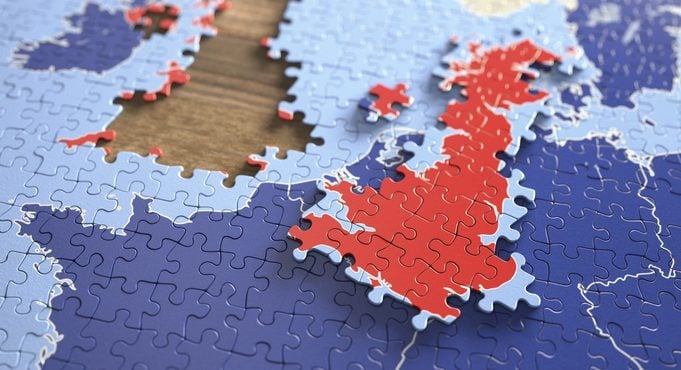 The United Kingdom (UK) left the European Union (EU) on 31 January 2020, launching an eleven-month transition period for Brexit from 1 February 2020 to 31 December 2020. This period within which the UK has third country status can be extended once for a maximum of one to two years. This exit does not represent the end of any bond with the UK, as it remains a member of the European single market until 31 December 2020.

During the transition period, the English equivalent of the INPI, the Intellectual Property Office (IPO), will continue to apply EU legislation. By the end of this period, the IPO will have converted nearly 1.4 million trademarks and 700,000 designs from the EU into comparable English rights.

Among all the questions raised by Brexit, let’s focus on two major issues. On the one hand, we will analyse how the UK’s exit from the EU will affect industrial property rights. And on the other hand, we will study the impact of this exit on the enforcement of the GDPR by the British nation.

International trademarks registered in the EU under the Madrid Agreement will remain fully effective during the transition period. During this time, UK nationals, and individuals having their place of residence or legal entities with a real and effective industrial or commercial establishment in the UK will be able to continue to file applications for the registration of international trademarks with EUIPO, the EU’s intellectual property office.

It remains the responsibility of the UK to adopt measures to ensure that holders of international trademarks, whose protection covers the EU, continue to have access to their prerogatives in the UK at the end of the transitory period.

The impact on the European patent

Brexit has no influence on the United Kingdom’s membership of the European Patent Organisation, an independent institution of the European Union. Consequently, the procedure for obtaining a European patent at the EPO, as well as the procedure for opposition, appeal, limitation and revocation will remain unchanged. The European patent differs from a traditional national patent insofar as it allows, through a unique examination procedure, to obtain protection in all or part of the 38 states that have ratified the European Patent Convention (EPC). If the examination is unique, protection is nevertheless obtained at the cost of a validation procedure in each of the countries where protection is requested.

Nationals of the United Kingdom as well as natural persons having their domicile and legal persons having their headquarters in the United Kingdom will be able to continue to file a patent application at the EPO. Indeed, pursuant to Article 58 of the European Patent Convention (EPC), any person may file a patent application with the EPO, regardless of nationality, domicile or registered office.

The impact on the « European patent with unitary effect »

However, Brexit has an impact on the « European patent with unitary effect » which will co-exist at the end of 2020 with the European patent, and the complementary structure of the Unified Patent Court (UPC). The unitary patent enables, once the European patent has been granted and through enhanced cooperation between the 26 EU Member States, uniform protection in these countries based on a single application before the EPO, without requiring complex and costly national validation formalities.

While the UK did ratify the UPCA (UPC Agreement) on 26 April 2018, this agreement provides that only EU member states can join, which creates uncertainty about whether the UK will be able to avail itself of the UPCA or not. In this respect, the EPO stated that it « expects the UK and the Member States to find a solution as soon as possible in order to fully implement these long-awaited results. «

On February 27, 2020 the UK published a 30 pages government report “The UK’s Approach to Negotiations” in which Patents Policy or the UPCA are not mentioned. However, in the section related to the judicial approach, it indicates that «…the Government will not negotiate any arrangement in which the UK does not have control of its own laws and political life. That means that we will not agree to any obligations for our laws to be aligned with the EU’s, or for the EU’s institutions, including the Court of Justice, to have any jurisdiction in the UK.”

A UK government spokesman also confirmed that « the UK will not be seeking involvement in the UP/UPC system. Participating in a court that applies EU law and bound by the CJEU is inconsistent with our aims of becoming an independent self-governing nation. »

As long as the UK has not officially taken back its signature under the UPCA, it is not clear if UPCA can enter into force at all.

This is yet to be followed…

During the transition period

During the transition period, the GDPR will continue to apply to the United Kingdom, as will the EDPS Guidelines on the GDPR. Specifically, it applies to companies and organisations established in the UK,  especially when they process personal data for the purpose of providing goods and services to European residents or in order to monitor them.

After the transition period

Once the transition period is over, and in the absence of any agreement, the default position will be the « Brexit no deal » position : the GDPR will be introduced into UK law as the « UK GDPR », but developments are expected on specific issues such as data transfers between the UK and the EU.

The UK government wants the UK GDPR to apply also to controllers and processors established outside the UK if their processing activities are related to :

– the provision of goods or services to individuals in the UK; or

– the monitoring of people’s behaviour taking place in the United Kingdom.

There will also be repercussions for UK data controllers and processors who have an establishment or customers in the EEA, or for those whose processing of personal data targets residents within the EEA. The EU GDPR will still apply to such processing of personal data, but changes, still to be defined as regards to its scope, are to be expected in the way of interacting with European data protection authorities.

In conclusion, this transition period must be an opportunity for the UK to already take all necessary and appropriate measures to ensure the continuity of industrial property rights and to perpetuate the personal data’s protection of both its residents and the European people’s data processed in connection with the UK.

Published on 9 June 2020 by Cindy Fleurdorge

For others articles by the 2019-2020 MSI Master promotion, click here